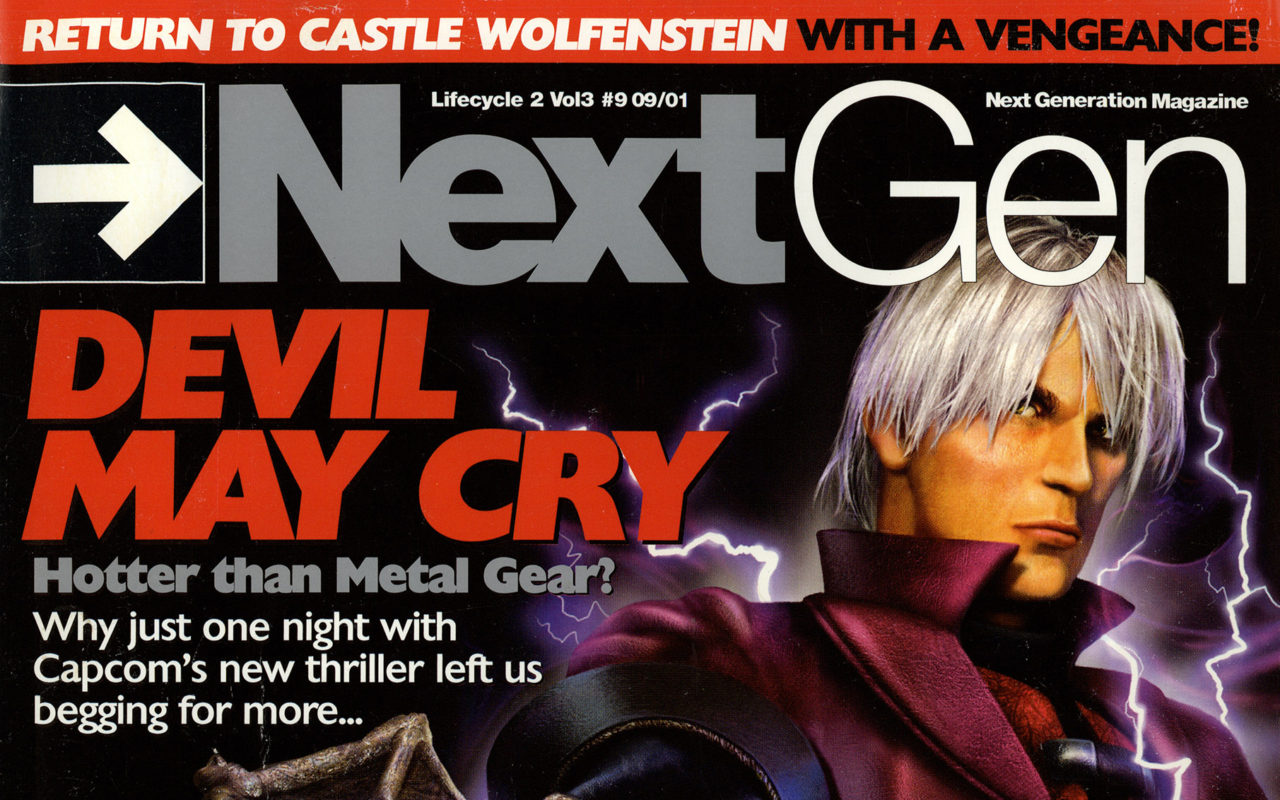 Size matters. And with the sprawling Dreamcast adventure Shenmue, talented game designer Yu Suzuki created a monster Now, sitting in a small conference room with an interpreter at his side,
he’s self-deprecating enough to chuckle about it. “He always aims too high,” his interpreter explains. Suzuki stops laughing for a moment, spreads his hands apart and says, simply “Too big.”

Shenmue may well be Suzuki’s magnum opus — the videogame equivalent of poet Geoffrey Chaucer’s Canterbury Tales. Suzuki conceptualized Shenmue as an epic, multi-part story with a cast of thousands and a storyline that follows young Ryo Hazuki as he travels the planet hunting for his lather’s killer When released in 2000, Shenmue covered the first chapter in the saga. Now, as its four-disc sequel nears completion, Suzuki finds himself (as Chaucer did hundreds of years ago) grappling with a story that might be too titanic to tell.

Chaucer never finished his Tales, and Suzuki has begun condensing his. Shenmue II will include chapters two through six of Ryo’s tale, but will certainly not complete the story Once again, Ryo serves as the game’s protagonist, and the plot follows him as he moves from Japan to China in an attempt to run down the vile Lan Di and recover the strange and curious Phoenix Mirror.

This new game begins with an introductory movie that highlights the events from chapter one. From there, the standard buzzwords apply: bigger, badder, better, longer. Shenmue II features more
than 1,000 characters and approximately 150 different action-sequence Quick-Time Events (QTEs) as compared to the original’s 350 characters and 70 events. Suzuki says the sequel will feature longer play time and will progress in a more dynamic way.

The biggest complaint about Shenmue,” he says, “was that players who like to rush through a game had to stop and talk with each person they met on the street” Players will now have the option of dashing to the finish, but Suzuki offers the following caveat “If you rush through Shenmue II, you won’t get to see one-third of It — or maybe even half.

While a stranger in the strange land of China, Ryo will get to venture into Hong Kong, the thieves’ den known as Kowloon (which holds the massive, sky- obscuring Kowloon Towers), and the island town of Guilin. Ryo can earn money, Suzuki says, by getting a part-time job, gambling, or selling off items at a pawnshop. Shenmue II will hold three different types of dice games, and our hero can also win money by playing Pachlnko and darts, or by squaring off against burly men in arm-wrestling contests.

With an eye toward creating a more exciting experience, Shenmue II adds a first-person fighting mode in addition to its already established third-person-perspective brawling, and a new system has been implemented for QTEs, Instead of being prompted to push a single button or make a solitary tap on the controller’s analog stick at each phase of a QTE challenge, players will now be presented with a series of button choices and directional options. A new, icon-based Action Key system will allow Ryo to pose specific questions to in-game characters, thus speeding up investigation time.

As for the rest, even without context it seems like a high-polygon dream: Ryo handcuffed to a mystery man, both of them fleeing for their lives in a frenzied QTE; a perilous chase through a forest with our hero trying to catch up to the enigmatic woman Shen Hua; brutal cage fights; an orange-haired woman named joy riding up on a motorcycle, her eyes alight with mischief…

Back in the real world, Suzuki remains optimistic about the series, despite the tact that Dreamcast will be in its death throes when Shenmue II sees release. Still, Ryo will not go gently into that good night, and Lan Di may yet get his comeuppance. The story will not end here,” Suzuki says, “and if the market requests it, we will continue wth the adventure.” — Greg Orlando