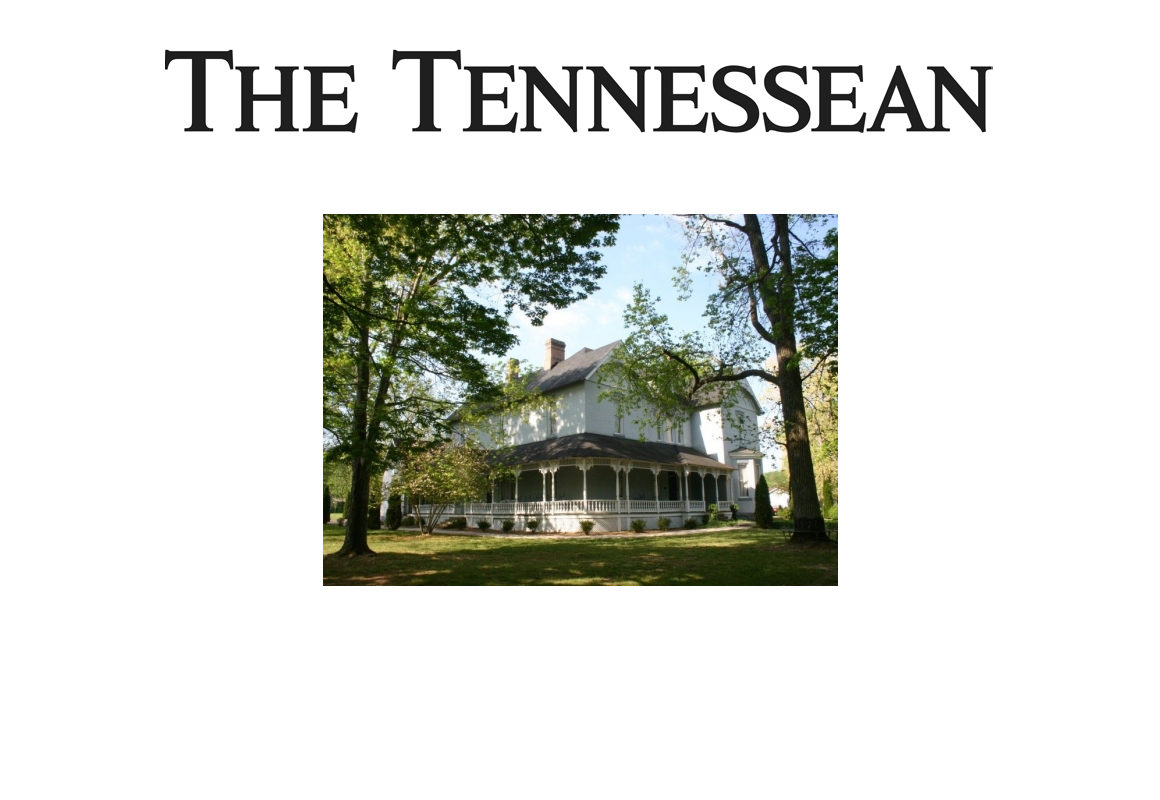 A cozy nest awaits at Falcon Manor
By Greg Orlando
McMINNVILLE Tenn. — “It looked worse than horrible:. George McGlothin says about Falcon Manor, a bed-and-breakfast nestled in a pastoral setting outside the city limits.
He bought the house at an auction, and the before pictures McGlothin likes to show on a tour of the house do indeed tell a convincing tale. The once palatial Faulkner Rest was, in 1969, just slightly left of dilapidated.
Love and toil won the day. George and his wife, Charlien, fixed the place up, although this is perhaps an under-statement of the highest magnitude. It took George six months, working one or two days a week, just to clean the decades-old debris out of the house. Only then could the massive restoration begin.
Four years later, in 1993. the Phoenix rose sore the ashes. Falcon Manor opened its dors as a B&B, marketing itself as a historical retreat with the added bonus of being a stone’s throw from Tennessee’s popular Fall Creek Falls State Par.
George or his daughter Allison guide guests through the nearly 100-year-old house each day at 1 p.m. The tour begins in the entrance hall. A huge, ornately carved staircase looms opposite the front door. Here, George introduces guests to some of the manor’s history. It was built in 1886 by business-man Clay Faulkner. He promised his wife the finest house in the country. He delivered.
Falcon Rest was a marvel of engineering. In the 1890s, it was a rarity to indoor plumbing, electricity or a refrigeration system. Falcon Rest had all three. A generator furnished the electricity; an elaborate water system helped to cool the house and keep perishables from going bad.
The house was impressive then and is perhaps moreso now. The McGlothins have kept the original Victorian design and added modern comforts. Now Falcon Manor welcomes the masses with central air conditioning and plenty of hot water. Telephones and TVs are missing (but probably not much) from the guest rooms. There’s even a honeymoon suite.
Each bedroom has its own distinct hook. In the Blue Room, a king-size bed is framed by a carved headboard and footboard. An ornate dresser and Victorian table flank the bed. The antique mirror near the fireplace is so old, it adds 20 years to the reflection of anyone who looks into it.
Pleasantly blue walls and a thick blue carpet complete the picture. It was this room that played host to Falcon Manor’s first paying guest. After the house passed from Clay Faulkner’s possession, it became a hospital; the first guest had spent three months in the Blue Room hacking out a bad case of double pneumonia.
Each morning. the McGlothins provide guests with a continental breakfast. An open-air porch is home to a line of gray rocking chairs that beckon guests to “Sit down!”
Past the design and decor, George claims his mother-in-law has seen Clay Faulkner’s ghost lurking about the house.
The parlor is perhaps Falcon Manor’s most beautiful room. A chandelier hangs from a 12-foot ceiling. Light filters in through bay windows. A multi-colored Victorian couch sits on an antique rug The effect is somewhat humbling, somewhat breathtaking.
The manor also houses a gift shop and museum of sorts. Hanging from the rafters of the gift shop are relics from the manor’s past. There’s an electric switch from the when the house was built, some medical equipment from the doctors who used to work in the house, even a ruler that was used to measure newborn babies. An old hospital gurney now holds Victorian memorabilia, and a stretcher from bygone days spends its retirement against a concrete wall.
The McGlothins are not done with Falcon Manor, either. For the manor’s 100th anniversary they plan to erect a two-story Victorian gazebo. In the field opposite the house, six Victorian cottages will be erected. Also forthcoming, George says, is a 300-seat dining hall and a carriage house. “We won’t run out of stuff to do.”
Neither will guests.