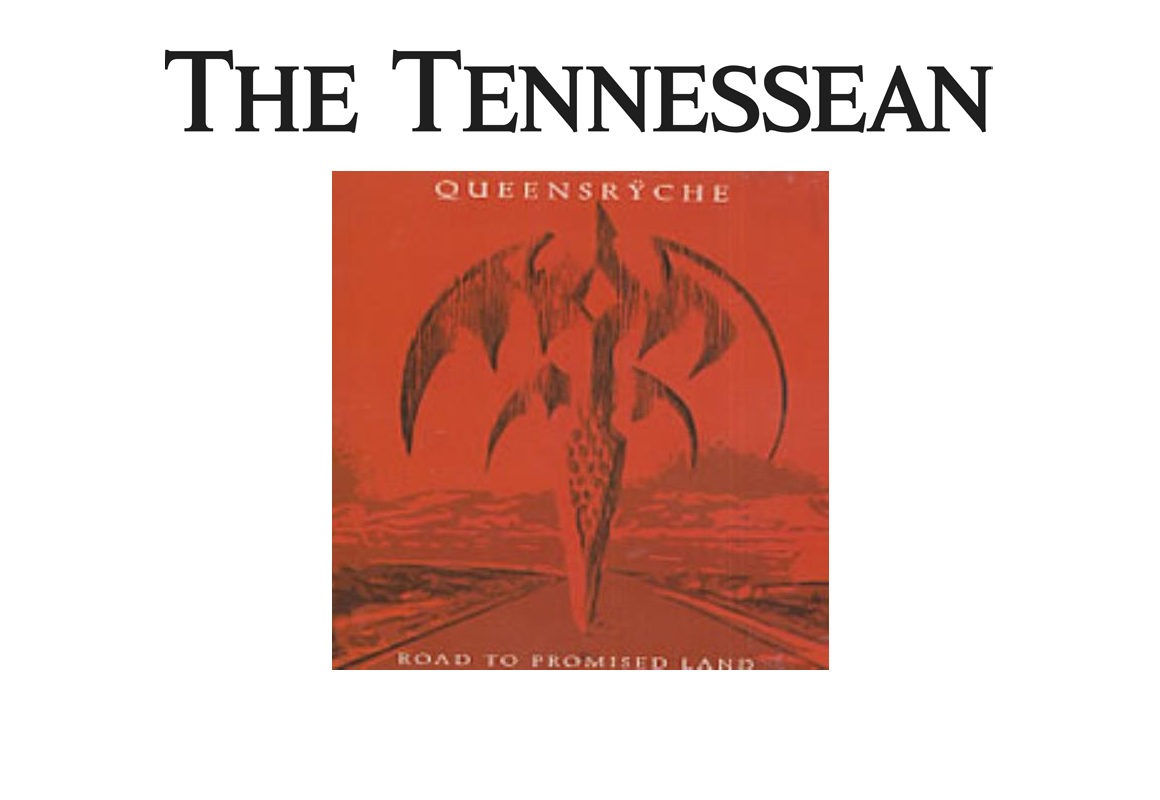 Geoff Tate and Queensryche an ‘Road to Promised Land’
by GREG ORLANDO staff Writer
On Wednesday, Geoff Tate will have his [ants torn off and will sing in his underwear. Count on it.
Now the average man would sooner die than lose his pants in public, but Tate, who is he lead singer for the not-quite-metal band Queensryche, is no average man. He’s out to make a point, a point that hopefully will come across as loudly as a cannon blast when Queensryche comes to Starwood Amphitheatre this week.
Queensryche’s tour has been dubbed “The road to the Promised Land,” after the band’s latest album Promised Land, and tells the story of one man’s life from birth to the present day. “We look at how the family, our institutions and media shape an individual,” says Tate during a telephone interview from Odessa, Texas.
For the concerts, the band pulls material from their five full-length albums, in a rough chronological order.
“The promised land is the American dream,” Tate, 36, explains. “Success equals happiness.
“Right now, Queensryche is very happy.”
Still, the road to the promised land has many a pothole. During each show, Tate is attacked by actors who portray members of the media. They tug at his clothes and eventually, divest him of all but his pride and his underwear. “It’s a way of revealing yourself,” he says, “of saying, ‘What are clothes?’
“The stripping down is meant to say ‘this is who I am.’
Tate seems nothing but comfortable with who he is and says Queensryche is just beginning to hit its stride. “We’re performing really well together.”
Just don’t call Queensryche a heavy metal band. The label, says Tate, is restrictive. “The problem with labels is that they’re hard to get out of.”
“We’ e a work in progress.”
“A lot of bands get stuck in a box that’s created by the media, the record companies and sometimes, the bands themselves.”
At one point in the interview, the phone begins to spit and cough a steady stream of static. “Do you hear that’?” Tate asks and begins whacking the phone against something. “Just have to keep whacking it,” he says, offhandedly. “There,” he says and the phone, remarkably, is rendered free of fuzz.
To those who know anything about Tate and Queensryche, his battle with the phone is revealing. On past albums, the band has hammered home the notion that technology is not always a good thing. In 1988, Queensryche released a concept album titled Operation: Mindcrime, which stands as a tribute to technophobia. In his lyrics, Tate has never been shy about poking at technology. “Everywhere, I see decay. Mechanized and sterilized visions in replay,” he sings on Promised Land.
Yet Tate seems very eager to talk about his band’s foray into the hoopla of the multimedia world. This summer, the band will release a CD-ROM titled Promised land. Tate says the disk is part documentary and part game wherein a player gets to travel through the psyches of Queensryche’s band members.
The game comes with no directions: the player must explore Queensryche’s world without help. The disk, says Tate, will challenge people for days and is all-around “pretty fascinating stuff.” Hidden at the end of the disk (or, if you will, the “Promised Land”) he says, is a song the band recorded just for the occasion.